The second type of folk-song, associated with the cobza tradition, springs during the Baroque Era after 1650. The approximate year 1650 has some significance for both oral and written musical tradition.

Eastern part of Ukraine experienced considerable demographic changes after the Union of Lublin, and contemporary chronicles report mass escapes of Polish peasants to Ukraine. These peasants (Masurs, i.e. from Masovia) quickly became ukrainized. While Ukrainian nobility was adopting Polish language and customs and even Catholicism, Polish peasants escaping from Poland to (relatively) freer lands in Ukraine were quickly integrating into Ukrainian society. The Ottoman empire and the Tartars were weakened and were no longer a threat they were in the previous era. After the atrocities of the Khmelnitsky era the country had a chance for economic development, even as it was nominally divided between Russia and Poland. There was no strict serfdom in Ukraine until 1780's when it was forcibly imposed by the Empress Katherine the 2nd.

The most typical form in the era is the solo song with some instrumental accompaniment. It has some features that can be associated with Polish influence: Firm tonality based on I and V, and later, some melodic suspensions in cadences that are normally associated with Viennese Classicism (see examples at the bottom of the page). Traditional Ukrainian features, such as the intervals of augmented and diminished fourth, are often present, but the earlier plagal cadences are no longer to be found. The authorship of several songs is commonly traced to a particular personality: Maria "Marusja" Churaj. Her authorship of the text is plausible, but it is not clear whether she also composed the tunes which are attached to these songs nowadays, as these often have a later sound more typical of the late 18th century than the one that would be appropriate for her own time, the third quarter of the 17th. Her story however is remarkable: She was a fine singer, unhappy in love for a cossack known as Gryc'. She eventually prepared a poison potion for herself, but he drank it by accident and died. She was then accused of murder and imprisoned, but later released, aided by her musical reputation. One of the songs ascribed to her, "The Winds are Blowing", may be found below.

There are also songs rooted in the Ukrainian Lira (also Rylja or Relja, i.e. Hurdy-Gurdy) tradition: these usually have static harmony over drone bass, not unlike F.Schubert's "Der Leiermann" (see the "LUTE & LIEDER" pages).

The influence of Italian Renaissance reached Ukraine already in the 16th Century, and the popular Italian melody "La Mantovana" can still be found in Ukrainian dance tunes and folk songs to this day. The melody was spread by Italian musicians at the Polish royal court and at one point it was arguably the single most widespread popular tune of the era. It also survives as "Vltava/Die Moldau" in Smetana's symphonic poem "Ma Vlast" and as the Israel's national anthem Hatikva, based on the Rumanian version of this tune. Here you may peruse "La Mantovana" in a Polish renaissance lute setting from the Danzig Ms., as well its Ukrainian sororal twin "Kateryna Kucherjava", a dance tune.

An important musical figure in this Era was St.Dimitry of Rostov (died 1709), canonised metropolitan, poet, composer and educator, in secular life Danylo Tuptalo (or Tuptalenko). He was apparently an admirer of Monteverdi and Schütz and used their style for his own Penitential Psalms that achieved enormous circulation, not only in Ukraine, but also in Russia, as well as the Balkan countries that were under Ottoman occupation and had to rely on Ukrainian seminaries for fill the shortage of clergy, liturgical texts and music. Some of Tuptalo's Psalms (with the accompaniments arranged for Baroque Lute or Torban) may be found HERE. Tuptalo's musical influence lasted well into the 19th century, as a number of his Psalms became folk-songs.HERE you may listen to a Penitential Psalm written on St.Dimitry Tuptalo's death in 1709 by Dimitry Javorsky, performed LIVE by Syntagma VII under the direction of lutenist Aleksandr Danilevsky.

The third type of Ukrainian folk-song (appearing in the late 1700's or after 1800) has its origins not in the countryside, but in the urban culture, and more often then not these songs are based on work of known poets and composers. Many of these songs became known and much loved in the countryside and were readapted orally, just like in any other older folk tradition. Cobza, Torban, 7-string Guitar and, later, Bandura were used for the accompaniment of this material, or in improvisations based thereon. Examples: See below.Sadly, commercialized popular and pseudo-folk music supplanted all authentic traditions in Ukraine after the Second World War, just like in the rest of the civilized world, but miraculously alive authentic folk music can still be found.

TORBAN shared the most common of its tunings (the one based on a major triade in F) with the Russian 7-string Guitar (tuned similarly but a tone lower in G, a possibility of a direct influence here [after 1880 these guitars were typically made with 11-string set-up]), so in all likelihood some repertoire was also shared by the two instruments, inasmuch as no specifically designated TORBAN pieces have survived the upheavals of 2 Revolutions and three Wars, except several examples notated by Lysenko in his articles on torban song literature. A considerable portion of torban's repertoire was orally transmitted and, interestingly, there was some difference documented in such repertoire in the Western and Eastern parts of Ukraine. In the Western Ukraine [where there was considerable influence of Polish culture] the most typical form was a vocal dithyramb, while in the Eastern Ukraine [where there were no Polish landowners and the population was more progressively bourgeois] the urban romance was prevalent. At the same tine, Torban repertoire in Russia developed along rather indelicate lines: literary evidence points to more often than not scabrous material sang by the torbanists of Russia proper.The common style of performance of the torban song is described by Lysenko in his article on Torban in "Kievskaja Starina" in 1892, and it mentions that such songs usually had melodic preludes and postludes played on the harped "prystunky" strings and the basses, while the song itself was accompanied by block chords, with the harmony typically stable for the duration of the bar.It must be noted that TORBAN cannot really be considered a part of Ukrainian folk tradition, even if its literature was folk-derived to considerable extent. It was a "salon" instrument belonging to the realm of domestic musicmaking of Polish, Ukrainian and Russian gentry, in spite of the fact that a great majority of its practitioners were Ukrainians of low birth and Jews. It was as complex and expensive in manufacture as a Baroque Lute or Theorbo, possibly even more so, its playing technique required considerable virtuosity, and its practitioners invariably were trained professionals rather than folk musicians/kobzari. Not to denigrate the latter: Kobzar Guilds actually required a minimum of 5 years training. They were no amateurs, and rarely had folk-songs in their repertoire. The repertoire of Kobzari consisted of highly specialized epic and historical songs, as well as penitential and laudatory psalms. 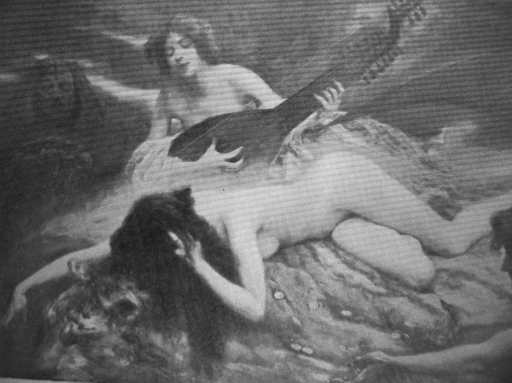